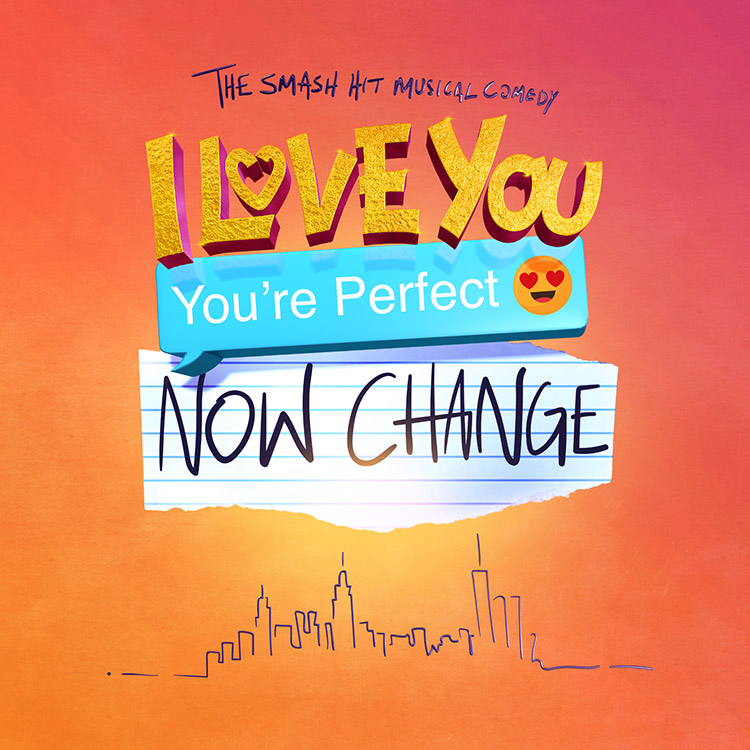 Have you ever loved and lost? Or wondered how you ended up on that awful blind date? This hilarious comedy pays tribute to anyone who has ever been in love, taken a chance in the name of romance, or dared to ask ‘Say, what are you doing Saturday Night?’ From ‘swiping right’ to ‘happily ever after,’ this lively musical comedy will have you rolling in the aisles and remembering the first time you said “I Love You, You’re Perfect…Now Change”.

The longest running Off-Broadway revue of all-time hits the 21st century with humor, love, and a healthy helping of in-laws.

“Joe DiPietro has written a humorous primer on the politics of mating for conventional players, and Jimmy Roberts’s music is a skillful grab bag of show tunes, according to the tradition of tried, true and tuneful eclecticism.”
—The New York Times

“One of the most clever, buoyant musical comedy revues about sex, love and dating in years”
—LA Times

“Lively [and] … so smartly conceived it might even woo cynics”
—Variety