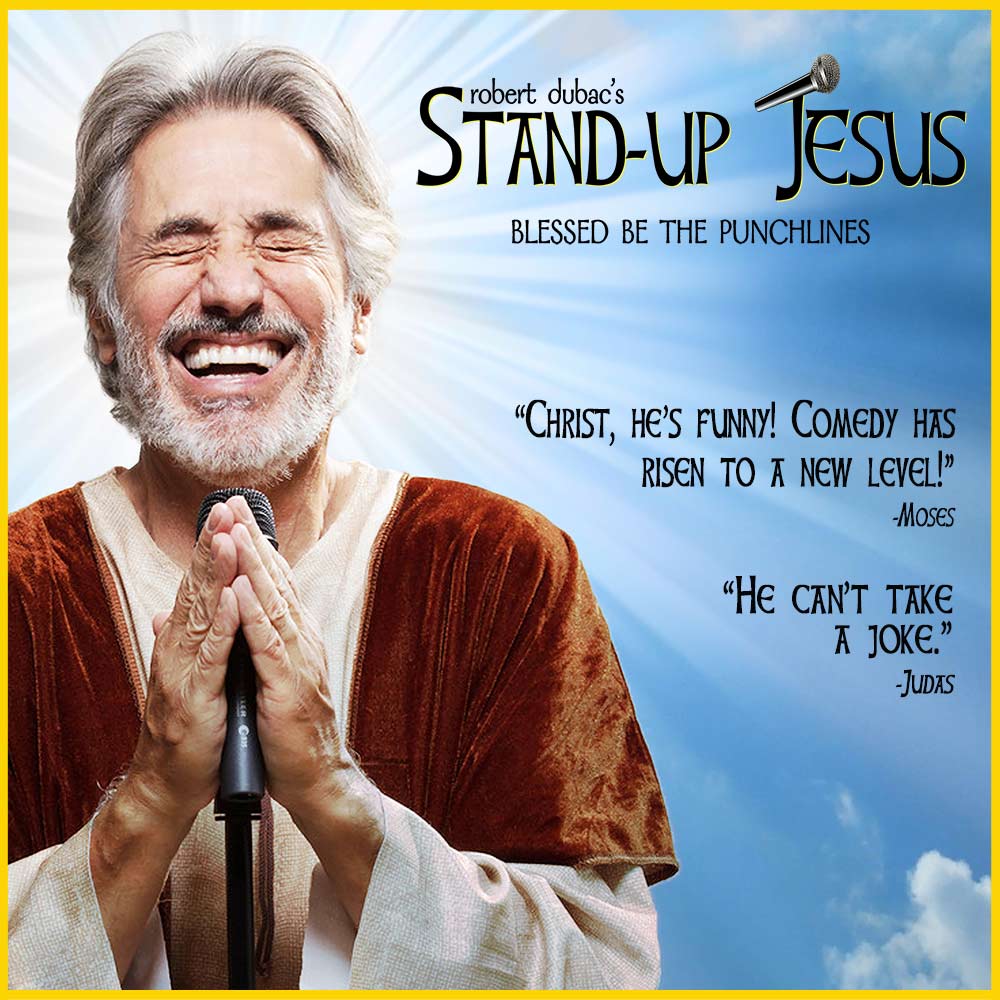 Jesus of Nazareth returns after 2000 years but this time he’s no carpenter—he’s a stand-up comedian! Join him as he channels what God created on the 8th day. Comedy.

Shining the light of truth on false prophets, duplicitous politicians and immoral sheeple; J.C.’s razor sharp satire has been intelligently designed to redeem sinners of all faiths. So let he who is without sin cast the first heckle!

Come bear witness to a truth that hurts and a truth that’s funny with STAND-UP JESUS! Thy kingdom come, thy will be done; and it will be done with the miracle of divine satire! Who better to battle the hypocrisy of modern day evangelism than STAND-UP JESUS? It’s a Second Coming blessed with punchlines.

Plus Robert Dubac’s other Award-Winning Shows

“THE MALE INTELLECT elicits big laughs from both sexes in waves of treble and bass.”
—LA Times

“Not since Robin Williams and George Orwell has there been such whip-smart, razor-sharp entertainment and analysis. THE BOOK OF MORON is intellectually invigorating in an era of catastrophic dumbing down.”
—PBS

“THE BOOK OF MORON is a fantastically fresh and funny way to get your brain clean and running again!”
—Chicago Buzz

“Dubac’s wit, writing and acting make this a don’t miss night at the theater”
—Denver Post