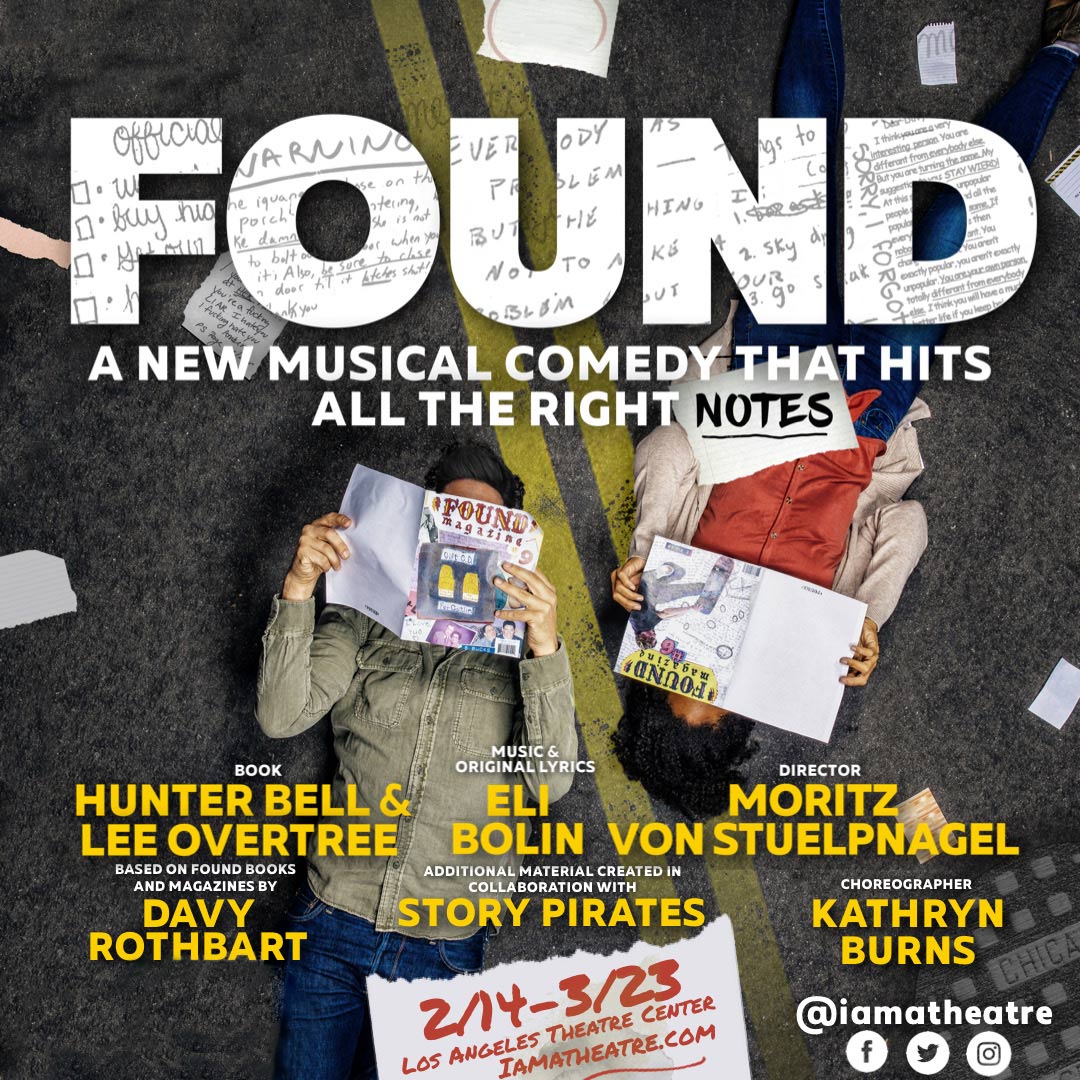 One incredible story based on hundreds of true stories.

They say that no one writes letters anymore, but Davy Rothbart knows that’s not true. Ever since the day he found an absurdly funny note meant for someone else on the windshield of his car, he’s been obsessed with collecting and sharing the surprising, hilarious, irreverent and just plain weird notes and letters that surround us every day, everywhere.

Featuring hundreds of real found letters culled from Davy’s popular Found Magazine, this original musical is a humorous and moving exploration of human connection, friendship, communication and the beautiful weirdness in everyone.

Something That I Love:

Shit That Has to Be:

Write it all Down:

‘Call them Shakespeare or call them litter—this collection certainly provides a window into the mystery of unknown lives, a fascinating and wonderfully moving collage of human emotion.’
—Los Angeles Times

‘A delight! FOUND is the first emotionally satisfying musical for the post-bust generation. The wildness never lets up.’
—New York Magazine

‘A surprising and satisfying find! New musicals with the originality and infectious exuberance of FOUND are uncommon.’
—Daily News

‘FOUND is one hell of a good time! A form-exploding new musical will leave you smiling for days! Each word this ensemble utters is a gut buster of epic proportions!’
—Theatermania