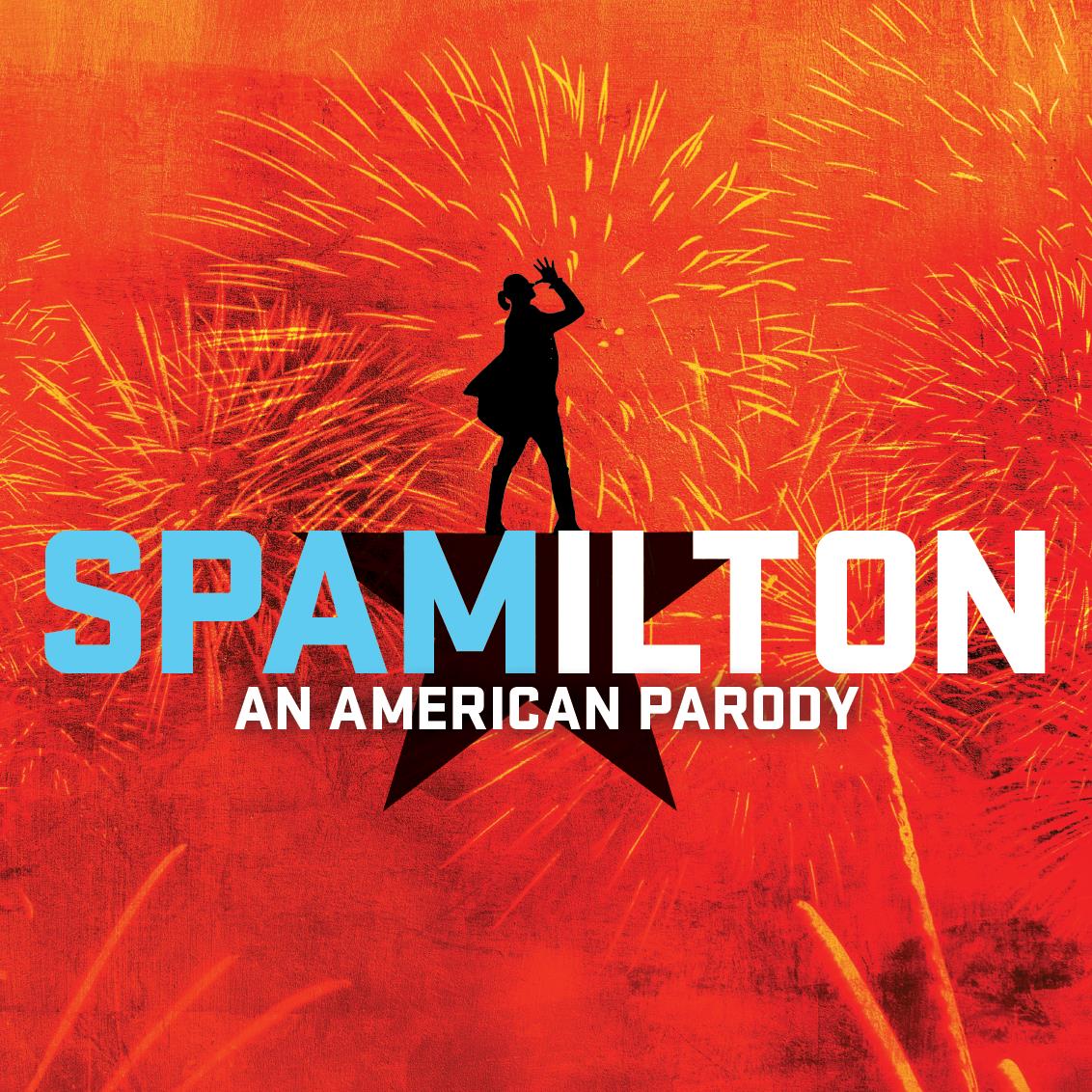 Created by Gerard Alessandrini, the comic mastermind behind the long-running hit Forbidden Broadway and performed by a versatile cast, Spamilton: An American Parody is a side-splitting musical romp! A crash course of everyone’s favorite Broadway blockbusters, including celebrity satires, pop culture zings accompanied with hip-hop on the piano.

Spamilton: An American Parody is the fictious story of a very famous writer/ director/ star trying to save Broadway from mediocrity and oblivion. Along the way, this sharp and loveable genius not only takes aim at Broadway’s current mega-hit but manages to make hysterical mince meat out of many classic and new Broadway shows. Countless film and stage stars drop by to add to the fun and mayhem making Spamilton: An American Parody a multi-generational delight for everyone!

The next best thing to seeing Hamilton!
—New York Post

You don’t have to see Hamilton to have side-splitting fun at Spamilton.
—The Huffington Post

Spamilton is almost as good as the real thing. It’s a fast-moving musical romp.
—The Houston Chronicle