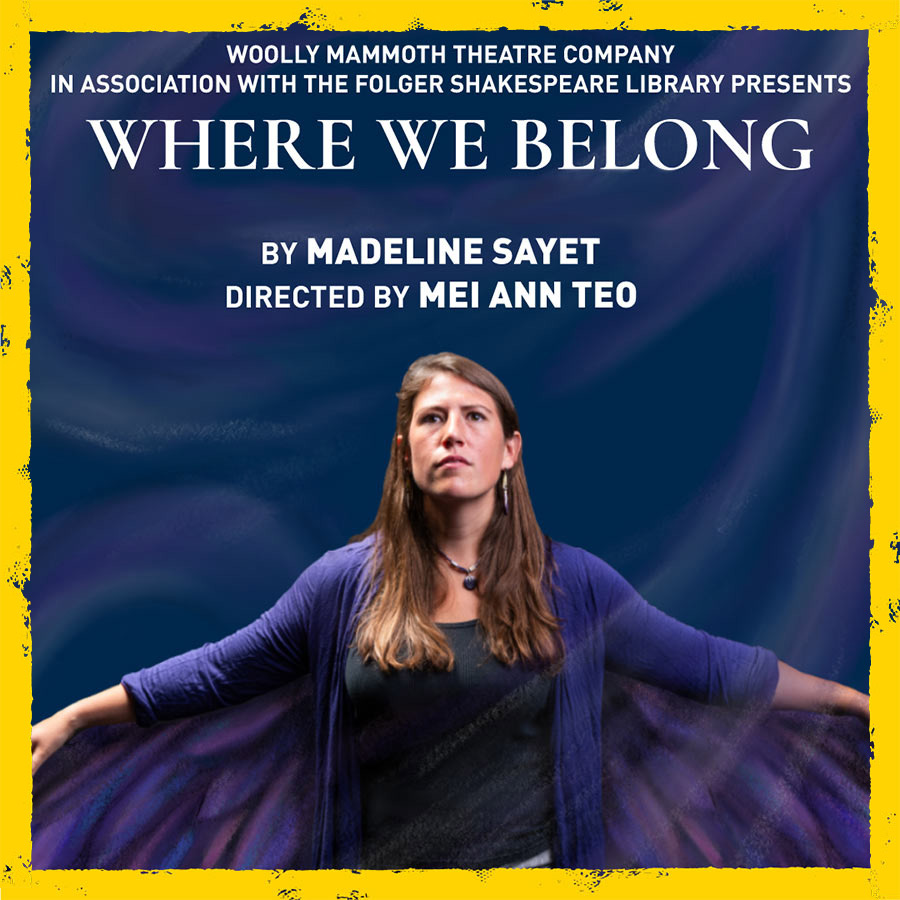 AN INDIGENOUS THEATRE-MAKER
JOURNEYS ACROSS GEOGRAPHIC BORDERS,
PERSONAL HISTORY, AND CULTURAL LEGACIES
IN SEARCH OF A PLACE TO BELONG.

In 2015, Mohegan theatre-maker Madeline Sayet travels to England to pursue a PhD in Shakespeare. Madeline finds a country that refuses to acknowledge its ongoing role in colonialism, just as the Brexit vote threatens to further disengage the UK from the wider world. In this intimate and exhilarating solo piece, Madeline echoes a journey to England braved by Native ancestors in the 1700s following treatise betrayals—and forces us to consider what it means to belong in an increasingly globalized world.

“Sayet is an engaging and restrained storyteller, fully in command of the stage”
—The Wrap

“Where We Belong illuminates a culture, in the past and in the present, that we should know more about”
—New York Theater

“Where We Belong belongs to the realms of both theatre and lecture, cultural retrospective and personal memoir”
—New York Theatre Guide

“A beautifully written, spoken, and staged 80-minute piece of theater”
—The Daily Beast